What is included with the Fundraising Dinner?

Many of the 2022 Florida Tree Climbers Rendezvous speakers received scholarships from the Global Organization of Tree Climbers (GOTC) which is a 501(c)3 nonprofit group.  This annual international event helps attendees connect with other tree-climbing professionals to learn about sustainable tree climbing for research, education, therapy, conservation, and recreation, in addition to raising funds for future scholarships.  To see some of the ways tree climbing can benefit our planet Videos – Tree Climbers Rendezvous

Please join us for dinner, presentations, and silent auction on Friday, Saturday, or Sunday night(s).  To see the schedule of presentations please visit 2022 Speakers and Presentations – Tree Climbers Rendezvous

What is included with the Extended ‘Vous Pass and Traditional ‘Vous Pass for climbers and non-climbers?

2 – Meals – Daily breakfast and dinner, with optional box lunches, will be provided during the Rendezvous. Gluten free and/or vegetarian meals are also available upon request.

5 – Entrance fee to Cedar Lakes Woods and Gardens botanical area as well as the tree climbing area located in the conservation land (www.cedarlakeswoodsandgarden.com)

6 – One evening of swimming and/or snorkeling at Devil’s Den freshwater spring (www.devilsden.com)

Note: Monday workshops are included in the Extended ‘Vous Pass (which includes all workshops, dinner, and an additional night of lodging). To see the list of presenters and more details about these workshops please check: 2022 Speakers – Tree Climbers Rendezvous

There will be a variety of lodging options (from tent camping to single occupancy rooms).  All the rooms are nice but there are only a few of each category available.  Early bird gets the worm… Some of the accommodations will be in the nearby town of Williston, all within a 10-minute drive from the main venue site.  All three properties (Two Hawk Hammock, Cedar Lakes Woods and Gardens, and Devil’s Den) are private and adjacent.  Alcohol and campfires are permitted in designated areas.

We are currently researching host sites in the Pacific Northwest of the United States. If you would like to nominate a location/resort/grounds as a potential Vous site, please contact us. 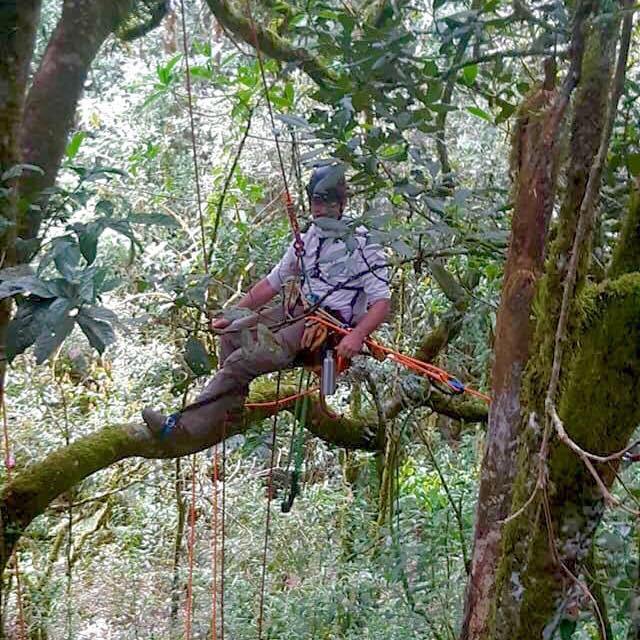